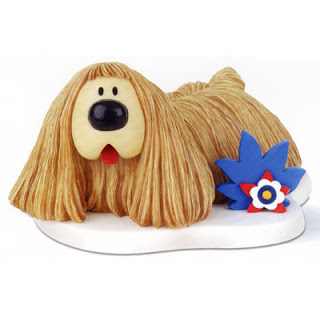 “I went through this whole thing, watching Janis dive to the bottom of a bottle of Southern Comfort,” says producer Paul Rothchild to an inebriated Morrison during the making of The Doors’ Soft Parade, almost two years before Rothchild first worked with Janis, on her Pearl album. Chaos descends during the Miami concert where Morrison gets charged with indecent exposure: the stage is swamped, the band somehow play on with high precision coherence, and Morrison leads a conga line out on the floor. The Doors have reached their creative nadir: finally, they have become Black Lace.
In Stone’s version of the band’s story, little space is made for the fact that their final two albums, Morrison Hotel and LA Woman, are their best: the title track on the latter, Peace Frog and Riders On The Storm all hitting the spot, hampered only by the fact that their vocalist sounds less like a man with a deep voice than a man experimenting alone with what having a deep voice might feel and sound like. In the oversimplified language of a bad biopic like this, Morrison is simply a fat, drunken guy who was once beautiful and slightly talented and is now losing everything he had going for him, including his erection. It’s only a short inevitable step from here to his tragic early death in a bathtub in Paris, denying us so much, including the chance to see him interviewed on The One Show four decades later. Everyone has a very self-conscious “We’re at the end of the film and the band!” look on their face. “As far as I’m concerned, I made music with Dionysus,” Krieger tells Morrison as Morrison announces his intentions to travel to Paris to write a terrible book. It’s lines like this that remind you just how creaky and awkward most rock films are and of the rare and preciousness of great ones such as Almost Famous, where rock stars under the strain of constant touring and media analysis dole out real, funny bits of prime bicker to each other, such as “Your looks have become a problem.”
If only Movie Manzarek had said “Your looks have become a problem” to Movie Morrison early on, so much of this fiasco might have been avoided. But he wouldn’t. He’s too nice, too much of a happy yes mirror to Movie Morrison’s preening. Kyle MacLachlan, who plays him, is an actor far too complex and talented for this script, but even he seems to give up sometimes and go with the flow. In an early montage that signposts The Doors’ rise to prominence in dumbo neon, he looks up from his keyboard with a cheesy grin during a concert, in a way that suggests Oliver Stone is out of shot beneath the keyboard, peering up through between the gap in MacLachlan’s legs shouting, “Do a face that suggests that everything is going brilliantly!” But even then there is an extra sense that “Everything is going brilliantly” is not what MacLachlan is thinking at all. What he could well be really thinking is: “Yeah, fuck off, Ray.”


You can read more of my writing in my latest book, or the one before it. The latest one has also just been published in  the US and Canada.
Why not take out a voluntary subscription to this site?

13 thoughts on “Re-evaluating Oliver Stone’s The Doors film, 25 Years On”