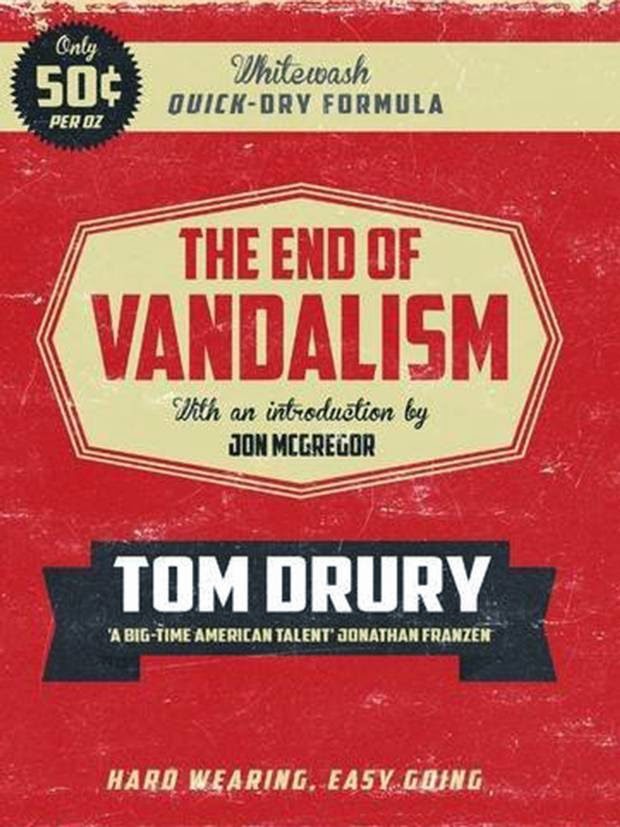 In Britain, at the very least, Tom Drury might just be modern America’s last great lost living novelist: an astute chronicler of the shrugging, unintentionally hilarious exchanges that go on in small towns. If you’ve enjoyed the fiction of Richard Russo or Annie Proulx and, like me, you wanted to enjoy the fiction of Garrison Keillor more you’ll surely love his long out of print 1994 debut, The End Of Vandalism, which takes place in Grouse County, whose main population centre has a sign which instructs “Stop and have a look around” (the lack of exclamation mark seems somehow characteristic) and whose residents seem to be “sleepwalking through the decline of their town”. The main characters are a down-and-out petty thief and labourer called Tiny, a modest and patient Sheriff called Dan, and Louise, the woman whose affections connect the two of them and whose strongmindedness seems somehow troubling to her neighbours. “She felt as if she had strayed far from the people she understood,” Drury writes of Louise. “On the other hand, she lived within twelve miles of where she was born.” Plot is secondary, if not tertiary, here, in a way you accept more with with each smooth, calm transition Drury makes between sad and funny, with each gaspingly brilliant deadpan sentence he writes. Here he is on Louise and her mother mixing punch, for example: “They stood mixing and sampling until they were happy not only with the punch but with the house, the weather, and the lives they had led so far.” Or on the general mood of employment in Grouse County: “Family agriculture seemed to be over and had not been replaced by another compelling idea.” His most remarkable achievement of all is that out of this lugubrious place, teeming with many tiny disappointments, and a few far bigger ones, he has somehow fashioned a novel you don’t so much want to hang out in as take a mortgage out on and move into.

Order The End Of Vandalism

One thought on “The End Of Vandalism by Tom Drury”