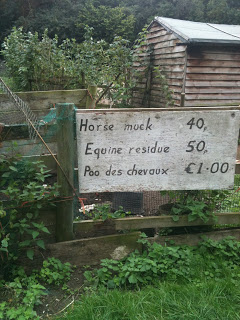 As most people who have lived there for any length of time as a single person will know, finding romance in the countryside can be extremely difficult. There aren’t many people in it, for one thing, and many of those are members of your family. It is also likely that most of the other people there will be very old – 33 or even 37, in one amazing case near me, which I can only put down to the good water around here – and past the point in their lives where they still feel the need to have sex. The Internet has done an amazing job of connecting people romantically, but not all rural areas are online yet. In Devon, for example, where I live, only four villages have Internet connections, which can create many difficulties, such as me having to pay the one man I know who owns a strong horse to ride the parchments containing my writing to Newton Abbot then go into a special electronic restaurant, type them up and post them here on this website.

I long for the day when I will have a computer of my own and be able to type directly onto it but I accept that it might not happen in my lifetime. Besides, there are parts of the online life of the metropolis that I do not think I ever want to be part of. A friend who once visited one of the UK’s biggest cities, Yeovil, told me about something called an “app” which they have there, where people find out which unattached strangers happen to be on the same street as them at the time, then choose the one they like best and instantly have upside down sex behind some bins.

Now, I am no prude, but I do wonder: Where is the old-fashioned romance in that? What happened to steadily wooing the girl in the village butcher’s over the course of many years then patiently attending a dozen village jumble sales together before placing a gentle kiss on her hand? We might not have mobile telephones or word processors here in the backwoods, but at least we still have something far more useful: an imagination. A creative approach is all-important when you’re someone looking for romance in the more cut-off parts of the countryside. I do not profess to be any expert: I am single at present, for example, which might in itself suggest a certain lack of expertise. I have lived in rural areas almost all of my life, though, during which time I have had four entire girlfriends, none of whom I’ve been knowingly related to, so I thought it could only help if I shared some of my wisdom on rural romance – both in terms of tips to get you started, and dos and don’ts for when you’re on your countryside date itself.

Start Your Dating Life As You Mean To Go On, In Terms Of Hobbies And Interests
It’s easy to fall in to the trap of pretending to like things you don’t in the eager, early days of courtship. As a young man, for example, while courting a girl called Molly from a farm near me who was obsessed with the music of the local lichen-themed folk band Colin And The Moss Men, I told her falsely that I also loved Colin And The Moss Men, when in fact I far preferred Colin And The Moss Men’s deadliest rivals, Cromlech, a folk band from the village on the other side of the brook who were similarly enthusiastic about lichen. Now I know such untruths can only cause problems further down the line. For example, I don’t much like Juggling Day in my local village, as the jugglers scare me, with their bright hair, tallness, dub techno records and oranges. I know if I hung around there I would only end up meeting a juggler, or a juggling enthusiast, and end up pretending to like juggling, until the painful day when the truth finally came out. Instead, I go for long walks on moors, in the dreamy desire that I will meet someone who, like me, also likes walking on moors – hopefully with a passing resemblance to the actress Kat Dennings. Moors are significantly less populated than Juggling Days, even on bank holidays, so I am perhaps playing a long game with high odds, but I feel that meeting a romantic partner on a moor would ultimately lead to a more honest and mutually satisfying relationship.
Don’t Waste Too Much Time Writing Letters
If you’re thinking of entering into a long distance romance with someone, say, three or four miles away, in a village you have never before visited, you obviously want to be certain that you have plenty in common beforehand, and that you find each other attractive. Say your friend Rebecca is trying to set you up with her single friend Danny, who lives in Little Ugford, over the other side of Devil’s Hill, and all you’ve really got to go on is a poorly exposed photo of Danny taken at last year’s Jack-In-The-Green May Day procession, and the fact that Rebecca says Danny is has nice hands and likes hens. You’d want to exchange a few letters with Danny before you actually met him: check that he doesn’t have the handwriting of a serial killer, or hunt hares on the weekend, for example. But don’t string it out too long. You don’t get pheromones in ink. There is nothing more crushing than writing over a hundred letters to someone you’ve never met who lives in another village, declaring your love for each other, then meeting them and finding out that they are a massive bellend.
Be Authoritative Around Gates, And Know The Etiquette
It’s so easy to be scared of gates in the countryside. There are so many of them, of so many different shapes and sizes, and they all seem to work in a different way. Some have bits of metal you can easily trap your finger in. Some demand that you to kiss a stranger as you go through them. Some have some old string tied around them which a farmer expects you to retie in exactly the same fashion after you’ve passed over the threshold. The important thing with gates is to show them who’s boss and not let them get the better of you. I am much more confident around gates now than I once was, which makes me generally feel good about myself, and can be a bonus if a member of the opposite sex is around. Last week, for example, when I was walking to the Sunday market two valleys away from home, an attractive stranger saw me closing a slightly worn and creaky wooden gate with what, even for me, was extreme authority. She didn’t actually say “I like the way you handled that gate” then offer to buy me a drink but that’s not the point. The point is that I was putting myself in a situation where she could have.
Don’t Believe The Old Wisdom That Countryside Romance “Always Happens When You’re Not Looking For It”
“You’ll meet someone,” people will tell you when you’re single in the countryside. “You watch. It will fall into your lap when you least expect it. Leave it up to the universe to decide.” This advice is manifestly untrue, and you should ignore it at all costs. Leave the universe to decide your romantic life in the countryside and what will happen, nine and a half times out of ten, is that you will die alone, whilst milking a goat, after which your eighteen farm cats will nibble at a significant portion of your body until you are found, thirteen days later, by some walkers who have taken a wrong turn. Put yourself out there. Join clubs. Volunteer for stuff. If you walk past a sign in a village saying “Badminton In The Barn: Every Monday at Seven!” go and play badminton in the barn every Monday at seven. Don’t worry if you don’t like badminton. Most of the other people there probably don’t like badminton either.* They’re there hoping to get laid, like you.

*Admittedly this is a bit of a contradiction of dating tip one. As I said, I’m no expert.
Try Not To Give It All Away Early On, Self Portrait-Wise
Exchanging self portraits with your new lover is nothing to be ashamed of. We live in a bolder, more permissive new dating world, and almost everyone does it. But be careful. Just because your date has given you a very beautiful watercolour self portrait, it doesn’t mean that he or she hasn’t given others the exact same very beautiful watercolour self-portrait too – maybe even on that very same day. Additionally, remember that when crafting one of the more risqué self portraits it’s very easy for someone to make parts of their body look more impressive, in terms of dimensions, than they actually are. Men are especially guilty of this. Take it slow at first, when giving out self portraits, and try to leave a little bit to the imagination: it can only benefit both of you, in the long run.
Fashion Is Important In The Countryside, Too

Weather and landscape dictate the way people dress in the countryside far more than they do in the city, but that doesn’t mean it’s not important to stay on top of fashion. Make the effort to change your look slightly with each season, and prospective partners will always notice your extra effort. My look for this season, for example, is inspired by insomnia, some clothes I grabbed quickly out of a drawer without looking, and a sock I saw in a hedge yesterday.

Avoid Getting Trapped In Any Potentially A Destructive Lie About An Acquaintance’s Horse
My friend John was single in 2014 and over the course of that year met, for a thinly populated are, what was viewed by all of us as an astonishing amount of women (6). I wondered what John’s secret was but then I realised: for each date, he had been borrowing his friend’s shire horse, Bess. Arriving on Bess with his chest puffed out, John was an instant hit with the ladies. If John had admitted straight away that Bess did not belong to him, maybe that would have been ok, but John decided to string out the lie that Bess was his horse over the course of many dates, even going so far as to make up cute details about what kind of food Bess liked best and what her favourite horse-themed film was. John was rarely serious about the women he met, so perhaps that didn’t matter, until he met the love of his life, Jenny. On John and Jenny’s 11th date, John arrived on foot, without Bess, who was being displayed at the county fair. “Where’s Bess?” asked Jenny, and John had to come clean. Later that evening, by a melancholy pool high on the moor, Jenny finished it. “It’s not that I don’t like you any more,” she explained to John. “I just see you as a smaller man without Bess, and I cannot get past that.”
Good luck! And, remember, if it doesn’t work out for you, you can always make stuff a fuck of a lot easier for yourself and move to a big city, like Taunton, or Needham Market.