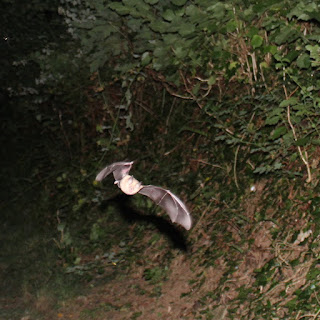 I sat on one of my wooden garden chairs a few weeks ago and it gave way beneath me, sending me crashing to the ground. I was somewhat rattled, but unhurt, and less rattled when I realised that the only major witnesses to my indignity were two seagulls and the most empathetic of my four cats. I doubt my weight was much of a factor in the breakage since I am, in the words of a man I once paid to adjust a shirt, “built like a whippet”, therefore I am blaming my local wasps. These wasps have been nibbling industriously on my garden furniture for two and a half years and, while the wasps are very small and their work is gradual, my hunch is that their adherence to a diligent long term plan has finally weakened the structure. The chair is the second part of the patio set to break this year – the other being half of the sofa section, which came in useful as fuel in the unusually cold late spring of this year when I had run out of logs.
If the weather is dry, the wasps and I often sit on my broken garden furniture in the morning and have breakfast together. I normally have muesli. The wasps are quite content with wood, which they take straight, without milk. I look carefully at what I’m eating and drinking before I put it in my mouth, as I don’t want my tongue to get stung and swell up and suffocate me, but I don’t think the wasps want any trouble. They get on cheerfully with their thing, and I get on with mine. They’re in good spirits right now, far different to what they will be in a month or two, when their tempers will flare, due to being, in the memorable words of my gardener friend Andy, “drunk and out of work”.
On paper, I have more reasons to be nervous around wasps than most. And, as any self-regarding wasp will tell you: paper is important. When I was eight, a few days after I’d fallen through a garage window, ripping open the underside of my arm and getting rushed to hospital for several stitches, an Italian wasp planted its sting deep inside the fresh wound. I should point out that I was in Italy at the time of the sting and the wasp had not travelled overseas specifically to hurt me, although I sense that its malevolence was such that it probably would have thought little of doing so. If I close my eyes now I can still feel the spiteful acid furnace of pain I experienced. It was one of many examples I’d seen of just how formidable insects were in Italy: a country where, on the same family holiday, I’d witnessed thirteen ants successfully carrying a whole baguette along a medieval wall. Wasps left me to get on with my life in peace for many years after childhood until one day in Norfolk in 2013 when four of them simultaneously stung me on the bottom in my garden. I had just mowed over their nest, though, so who could blame them? I hadn’t realised the nest was there, but you know what it is like with wasps: they are not interested in going back over the nuances of a fracas.
I have since come around to wasps: they’re formidable architects, they kill lots of garden pests, they pollinate much more than people tend to believe and they helped humans invent paper – a fact that throws into doubt the long held view of them as the antibookish thug counterparts to bees’ gentle selfless intellectuals. At this time of year any defects they might have are also put into sharp perspective by the horseflies across the road from my house. To date, I have never encountered a nice horsefly. Even the one horsefly I met who seemed sort of ok and didn’t bite me probably later turned out to be a scientologist. I must have been bitten by fifty of them when I went alpaca trekking in Norfolk in 2011. “I will never forget what your legs looked like on that day,” my friend Will told me. “That’s such a beautiful thing to say,” I replied, before realising he was referring to the horror film runnels of blood that had streamed down my shins. I don’t know how the Jersey cows who live near me cope. If I had as many horseflies around me as they do right now, I’d be sarcastic and hard to get on with, but they’re always up for a cuddle when I walk the footpath through their field. Insect Day arrived late this year. This is the twenty four hour period when all the insects in the South West of the UK get together and agree to all crawl and fly into my front room at exactly the same time. I remember the exact day, as it was the one where I saw my cat Roscoe pumelling a small creature against the French window with her paw. I hurried outside and removed Roscoe from the creature, which turned out to be the biggest cockchafer beetle I had ever seen. The cockchafer flew into the air, its wingspan covering such an area it could have been mistaken for a dragonfly. It was a warm night and I was drinking beer with my friend Charlotte, who had never seen a cockchafer before. “Do you get many moths here?” she asked. “I have a bit of a phobia of moths.” Remembering the two hundred or so that make my house their home between June and October, I felt it was best to phrase my answer carefully, but without factual inaccuracies I might be called on to account for later. “Some… but I haven’t seen any so far this year,” I said, opening a window and watching seven of them fly in at once, in the direction of Charlotte’s hair.
I save a few of these moths from an early death at the hands of various foes – cats, running bath taps, spider webs – but in many cases my efforts will have been futile: over the course of the summer a lot of them will be eaten by bats. Moths are a favourite snack for bats, along with cockchafers, dung beetles and gnats. A pipistrelle bat – the most common breed here in Britain – will eat around 3000 gnats in one night. I know stuff like this because I have been on three guided bat walks in the last three months in the fifty square miles surrounding my house. Most of these have revolved around lesser and greater horseshoe bats: species once common in the south west of Britain, whose numbers dropped dramatically through the 20th Century but have risen again somewhat in recent years. Seventy percent of Britain’s current population of around 10,000 horseshoe bats can be found in Devon. They like the mild climate here, and the hedgerows, which as Anna, a member of Devon’s Wildlife Trust’s Greater Horseshoe Bat Project, told me, “make for excellent bat commuter tunnels.”
If you visit the footpath leading down to Buckfastleigh town centre from the ruined church at the top of the hill at dusk on a rainless summer night, you’ll see precisely what Anna means. It’s like a green bat motorway: dozens of horseshoes speeding up the leafy corridor towards Dartmoor, weaving expertly between branches and your face, like X-wing Starfighters negotiating the walls of the fragmenting Death Star. I luckily managed to photograph a couple of these bats on my second visit to the spot. In the background of one shot is a ghostly figure that I would like to boast is one of Devon’s infamous Green Lane sprites but was actually another bat spotter, further down the hill. Bat spotting is a common hobby here. A couple of months ago, Chris, who co-runs the community radio station where I volunteer as a DJ, was walking in the area at nightfall and saw a gang of tough-looking adolescents approaching who appeared to be up to no good. Their threatening aura dissipated considerably when he noticed that each of them clutched bat detectors in their hands. 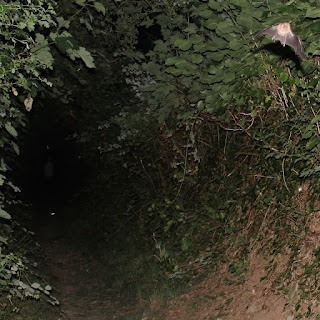 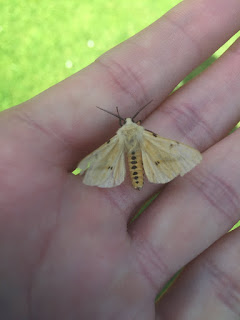 Naturally, we all have our favourites and our black spots when it comes to nature. I try not to spend time around hamsters, as they push me towards a melancholy state of mind, and I once met a horse who was a right twat. But as soon as you start getting too specific and prescriptive about what it’s okay to like or not like in nature, you become the equivalent of somebody who holds the rigid view that all people who wear hats are dicks just because they wear hats. I try my best to endorse it all, and I want to be better at accepting that nature is better than me. But I know I have work still to do on this score. It’s taken me years to fully forgive wasps for their trespasses and realise that they are much cooler than me in terms of both physique and artisan craftsmanship. But I am sure I will swear violently at another wasp before my life is over. Yesterday, after a day of many insect bites, I was bitten harder still by another horsefly on my cheek. I raised my hand to squash the horsefly, but I managed to resist. I thought about the horsefly for a moment. It had not bitten me because it had taken offence at an out-of-context screenshot from a piece of my writing, or because I liked the third Richard & Linda Thompson LP and it didn’t, or because I voted Remain, or because I sometimes splash out and buy carrots from a supermarket not befitting of my low born nature. It was just a horsefly who had seen a juicy, half-decent, freshly suntanned cheek, and was being a horsefly. And it would probably continue a being horsefly, as would its equivalent in future generations of insects, long after my kind and I had wiped ourselves out, long after our executive home estates had been dragged to the floor by heavy, labyrinthine ivy. And, perversely, there was a lot of comfort to be taken in that.
I do absolutely hate meatflies, though. They’re just out and out wankers.

You can read more of my nature writing in my latest book, or the one before it. Or if you’re in the US or Canada.

17 thoughts on “World Turned Upside Down”