1. John: A Pretty Fucking Ordinary Owl
John, a snowy owl, moves in with Martha, a bereaved schoolteacher. Together, they set off on a road trip around America together, visiting historical spots, and meeting other birdlife. John, however, turns out to have very little personality, and mostly just stares off into space, or refuses to get out of Martha’s Honda Civic. Things reach crisis point when, faced with the world’s biggest giant redwood, all he can do is emit a pellet, whilst looking “shirty”. 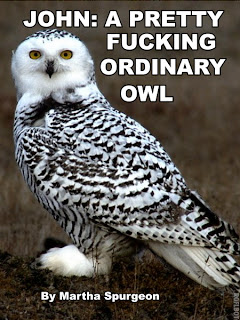 2. Bartholomew And Me
One snowy night, Bartholomew, a cuddly marmalade cat with “whiskers that won’t quit”, rolls up, as if out of nowhere, at the door of Kenneth, a lifelong bachelor who has never quite learned to love, and instead retreated to a tumbledown cottage on the North Devon coast and a solitary life of boatbuilding. Before Bartholomew arrives, for reasons largely down to a secret, repressed childhood trauma, Kenneth has begun to view wood with the affection that most people reserve for the living, and his few friends worry gravely about him. “What’s your name?” says Kenneth, upon Bartholomew’s mysterious arrival. But Bartholomew doesn’t answer, since he is a cat, and therefore can’t speak English. Kenneth feeds Bartholomew some evaporated milk, and, with an almost-human sigh, the feline beds down on the sofa for the night, on an old blanket given to Kenneth by his beloved late grandma. The next day, Bartholomew leaves, and Kenneth’s life resumes in precisely the same fashion as before. 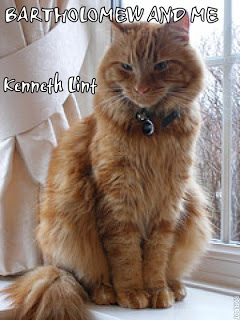 3. Smug Puppies
Three rescue puppies arrive in Britain from Afghanistan, and proceed to heal a broken family. Unfortunately, the broken family gets irritated with their do-gooding ways and give them away to a friend of a friend they used to work with. 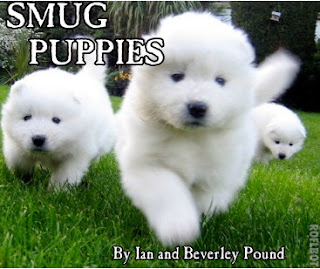 4. Ralph, The Massive Satanic Goat
Jim, a pet memoir writer who has has experienced success on the bestseller list with his books Walking My Dog In North Yorkshire, Walking My Dog in South Yorkshire and Walking My Dog In West Yorkshire, but a dip in sales with the follow-up Walking My Dog In East Yorkshire And Some Of The Parts Of North, South And West Yorkshire I Didn’t Quite Get Around To Covering Before, is persuaded by his publishers to buy a goat, solely so he can write a book about it. Mayhem ensues, as he spends his entire advance building a shed for the goat, and goat-proofing his garden, falls out with his editor, claiming it was all his fault, then makes up with him, as they realise their arguments will contribute greatly to the narrative. Finally, while still having trouble with Ralph’s size and the fact that everyone who meets him claims he has “Satan eyes”, it looks like his fortunes will turn around when he meets Marissa, a spellbinding, earthy fortune teller of gypsy attraction, but they don’t. 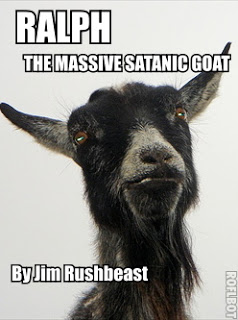 Read my actual pet memoirs  Under The Paw and  Talk To The Tail.