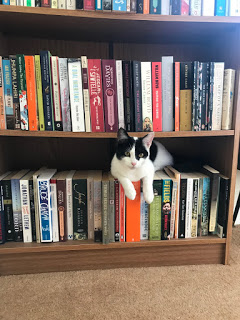 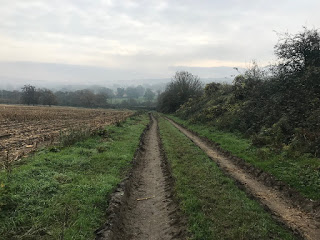 I walked along a fast road, dodging cars that, like the horses and the dog, seemed wilder than most of their breed, and was glad to get into calmer country: first a fallow field behind a barrier of beech trees with exposed roots, then gold-carpeted paths through thick evergreen woodland, and an even deeper locked-in quiet. This part of Somerset is the setting for one of my favourite folk stories, The Men In The Turnip Field. Like all folk stories, it’s told in numerous ways, but all of them are brief, and go something like this:
There was two fellows out working in a field, hoeing up turnips they was and the one he stop and he lean on his hoe, and he mop his face and he say, “Yur – I don’t believe in your ghosties.”
And the other man, he say, “Don’t ‘ee?”
And he VANISHED. 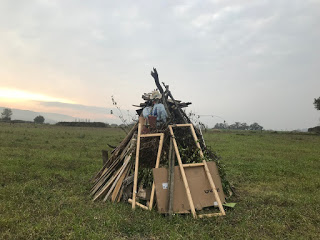 Even through this calmer part of my walk, some of that dark energy from earlier seemed to stay with me, past a bare witching tree with sharp prongs reaching towards an orange crack in the sky, and then along near a children’s panda trapped in dying brambles, so that from a distance it resembled an esoteric hedge sprite, along more quiet paths with mist sinking down on to them, all the way back to a village pub, where I stopped for a pint. The countryside in the approach to the pub seemed somehow simultaneously savage but rigorously organised: a neat but very Gothic church, a bonfire set up two days in advance for Guy Fawkes’ Night, with a scarecrow trapped inside, dressed sensibly ahead of a potentially cold night. The inside of the pub was raucous and cramped, alarmingly so for four thirty pm on a weekday in a scenario that did not seem to involve a stag or hen party. I was hot from walking fast to beat the dark, so I took my pint outside, to the deserted beer garden, and began to make notes about my walk in my journal. After a couple of minutes, I became aware of a shadow looming over me. “What are you doing? Writing in your diary?” a voice asked. The tone was not totally unfriendly but was flavoured with a dash of School Bully. I looked up and saw that it belonged to a wide-shouldered bald man. I initially put him at about 47, which, after talking to him for a few minutes, seemed more like a hard-lived 38 or 39. We chatted a little while, and a few of his friends joined us, smoking roll ups. They observed that I didn’t come across as someone from round there, and I told them they were correct, and that I lived in Devon, not far from Dartmoor.
“I’ve been to Dartmoor,” said the bald man. “Fucking horrible place.”
“What took you there?” I asked.
“I was in the prison,” he said.
After telling me a bit about the birds of prey in the woodland above us, his friend said, “You haven’t asked him what he was in for.”
I told him that I thought that it would have been a bit impolite of me to do so.
“Go on!” the avian enthusiast told the bald man. “Tell him.”
“Stealing women’s knickers. I got three years.”
“He’s not right,” said the avian enthusiast.
“If he’s right,” said another, older man, who had joined us, “I don’t want to be.”
A middle-aged woman joined us, and the bald man started to engage in flirtatious chat with her. I looked across at a sign next to us, which advertised the area as a “Man Creche”, offering women the chance to “go shopping” or “relax”. What about the women who didn’t want to go shopping, and who liked to relax by getting pissed? Were they welcome here? And where were these “shops”? I’d just walked ten miles and hadn’t seen a hint of so much as a corner shop. I said my goodbyes and set off for home. 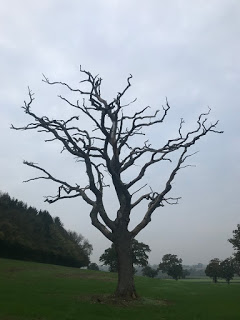 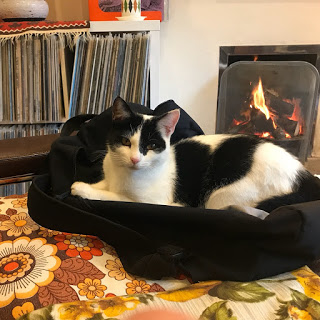 I didn’t go out looking for another cat, but historically speaking that’s rarely been the case with me anyway. It’s more that they tend to find me. If you write some books about cats, and you have some cats, people tend to assume that you’re someone who goes around collecting felines, popping one in a rucksack, another in a satchel, each day, as you go about your business. But the fact is, I’ve been on the planet over four decades and I can genuinely say that this is the first time I’ve acquired a cat as a solitary act – not because someone I was in a relationship with or a member of my family wanted or already had a cat, but for me. That’s apt, as it sums up my reasons for moving, too: I’m doing it 100% for me. For the first time. As I type these words, breaking off from writing a story about a hare to do so, my new cat is on my chest. It’s uncomfortable, writing this way, but I’m not complaining. She’s more of a kitten than a cat, really – six or seven months old at most, I suspect. She does seem a dead ringer for the cat on the bridge, but maybe if I went back and met her spiritual sibling again, I’d discover that that isn’t quite true. She’s perhaps a little smaller. On one side of her back is a black fur heart: a bigger version of the small white one The Bear – the elderly cat of mine who died this time last year – had on his chest. On the other side is a white hare, in profile. I’ve decided to call her Clifton – not just because of the incident on the bridge, but because the bookshop in town that she was initially spotted outside is run by a man called Cliff, and because we will soon be moving to a house overlooking one (well, more of an edge, if you use the customary Peak District terminology, but I’m thinking of it as a cliff), and because Clifton in Nottingham, where I spent a fair bit of time in my youth, is known for being quite tough, and I figure my Clifton must be too, to have survived up to now, as a three-time stray. “Isn’t Clifton a man’s name?” a few people have asked me, presumably thinking of all the thousands of well-known men throughout history called Clifton. The answer is I have decided that it is not: it is a name for Clifton, and it suits her. I do suspect she’s a bit of a softy, though – not a business cat at all – and, keeping that, and her recent past, in mind, I’m glad we’re moving to a very rural place situated well away from roads, major and minor. I am hoping Roscoe will have calmed down by then and forgiven me, just like Ralph took a grand total of ten minutes to do. The Big Day is only nine days away now. I feel a bit bad keeping her in and not letting her discover some of the mysterious places outside the back window here but I’m going to stick to my guns. I saw her staring through it earlier, in desperation. It’s a bit misty out there this afternoon and all that big dark countryside must look very intriguing. But that’s okay. They make plenty of mist in the place we’re going, as well. 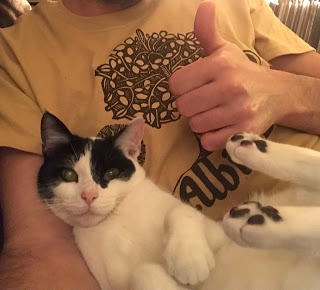 My new book 21st Century Yokel is out now. Here are some ways you can order it.

29 thoughts on “The Cat Who Came Out Of The Mist”