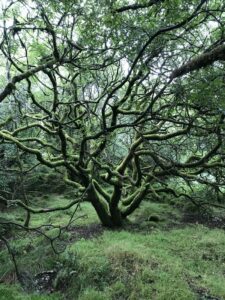 I’m writing a novel. My first. It was twenty years ago this month that I took a pen and a notebook up to a hillside in the south of England and decided I was going to write a novel and that doing so was more important to me than anything else in the whole universe, so I thought it was about time. The novel is called Villager and already feels like the most exciting flood of words I’ve ever put down on paper. It also feels new and at times quite frightening, which I have learned, from my previous experience of writing books, both tend to be positives. I would be extraordinarily grateful if you, dear readers, who have so kindly funded my previous four books, were able to help me transfer this new, exciting, frightening experience into something real that will appear on bookshelves late next year. A bit more grateful than before, even, to tell the truth. Because, for me, this feels like the big one. Not big in the sense of “This book could be big, commercially!” But big in the sense of what I’m trying to do, the challenges and risks it represents, and what an enormous, emotive place it occupies on the map of my own personal and creative history.

Prior to 2017, I’d written and published eight books, of varying themes, substance and reception, all with traditional publishers. I knew the books, overlooking a couple of early stumbles, had improved as I’d gone on, but I also knew there was something limiting about their parameters, something that made me feel a bit like an animal naturally suited to a forest or some cliffs who was still living indoors. Then, at a point when I could barely scrape together the rent payments on my house, I took a risk: I decided – against quite a bit of advice – to write a far less conventional book, almost 100,000 words of it, without any idea of whether it would make it into print, then try to crowdfund it with Unbound. It reached its target in around seven hours – a new record for Unbound – and was, to create and publish, a far more rewarding experience than anything I’d previously known. So I continued on the same route, writing three other unusual books that no conventional publisher’s sales department would have touched with a ten foot tickling stick, if I’d attempted to sum up what they were about. Each swiftly reached its funding target. Each looks (another new experience for me, this, since 2017) exactly how I want it to look. Perhaps most significantly of all, the three of these books that are now out in the world have prompted the most passionate and thoughtful messages from readers that I have ever received. They have definitely not brought me fame (thank fuck) or fortune (mixed feelings on that) but, from what I see every week in my inbox, they have hit a different, deeper spot with the people who’ve enjoyed them than my earlier books did.

I will not pretend there aren’t downsides to crowdfunding books but the freedom it has given me to learn and improve as a writer is invaluable. What I love about it, in addition to that and the beautiful art I now have on and in my books that makes them feel like treasured objects, is that it makes me feel that what a book is allowed to be is dictated by a different, purer force to what it was early in my career: the enthusiasm of readers, rather than a committee of people in an office looking for ways to make the most money possible or looking at other books that have recently been successful and trying to publish another book that is a bit like them. This has given me an extra confidence to write Villager, which is at its core only really like itself, and certainly wouldn’t be anybody’s idea of a zeitgeist-friendly sales pitch (sorry: no pandemic or shouty digital buzztopics here). Ideally, I would have liked to have the confidence to write a book like it when I was much younger. But some kinds of confidence have to be fermented, over many years. There’s no short cut to them, no Youtube tutorial or “life hack”.

What is Villager about? I know very much what it’s about in one extremely innate sense that defies summarisation, and I’m still finding out what it’s about in lots of others, and that’s maybe the most thrilling aspect of all for me. I can say that it’s about a village, in the West Country, and takes place over a period of many many years. I can say that it’s about what’s sitting on top of the earth, the changing face of that, and what’s lurking a few layers beneath it. I can say that it’s about music, and land lore, and plant life, and lost artefacts, and the riddles of time, and I can say that it’s probably much less straight faced than some other books that have covered these topics but also that is has an element of mystery to it. If it’s about many themes at the same time, that’s perhaps because I’ve noticed life tends to be too. I think it’s a book for people like me, who are much more interested in details and sentences and places and people than racing to a final page where they might be a simple answer to it all that packages up the universe and tells you what it is, who is good and who is bad, and that no in-betweens exist. Just a few things that are inspiring me as I press on with the narrative today are The Byrds, driftwood, old walls, FJ McMahon, root balls, Rachel Carson, a thatcher I met on a village green at sunset yesterday, a 50 year-old record released solely in Hungary, EL Doctorow, Anne Briggs and cattle. Tomorrow there will be others. I feel like a dog on a lead held by somebody or something high above the clouds right now and I like it. I can’t begin to express to you how much I am enjoying letting the story take me where it wants to. So… even if you all end up hating it and it sells about six copies when it’s out in the shops, at least there’s been that.

I might have known that it would gush out like this, when I finally allowed it to. Twenty years is a long time, although if I’d written a book called Villager back in summer 2000, or even in 2010, as I actually almost did, it would have been almost unrecognisably different. I sometimes think an accurate summary of my personality is that I am an impatient person who has spent a lot of his life being extremely patient. When I look back at different little phases of my adult life, they can easily be defined by obstructions I found between me and the completion of a novel. In the meantime, I wrote non-fiction, found I could do a lot more with it than I’d initially realised, and even finally dipped my toe into short stories (also courtesy of Unbound and a lot of kind readers, with 2018’s Help The Witch), but fiction, I always felt, was what it was all about. It was what most of my reading consisted of, and I wanted to write the kind of book that I’d like to read. Various people I could have become vanished in my rear view mirror: a published novelist under the age of 30, a 34 year-old novelist who moved to the west coast of Canada for a while after the successful publication of his epic-but-not-overblown third novel about a goose, a published novelist under the age of 40. It definitely wasn’t the script I originally planned, but it all makes a kind of sense now. So when I think about that 25 year-old, on that hillside, with his notebook, and his overindustrious opening paragraph, I try to resist the temptation to be mean to him. He’s got all sort of nonsense plans in his head. He trusts, foolishly, that writing a novel at 25 in the 21st Century will be much like writing and recording a folk or rock or soul or country or funk album was at 25 in 1970 for many of the musicians he loves. He has no idea how little he has listened, how little he has learned, how little he has seen and – even though he already beats himself up for it – how little has read, no conception of how boringly pristine he is. He has no idea of the part error, disappointment and fear necessarily needs to play in it all. It’s a separate point, but I also wish he’d eat a bit more healthily and stop saying yes to so many people and letting it bother him when they mocked his accent. But I can’t ridicule him or write him off too much, because he had a vision, however flimsily formed, and he turned out to be a stubborn, tenacious bugger, and that’s why I’m here today, having the time of my life writing this unusual, multicoloured, slightly feral book, and hoping very much you’ll help it see daylight.

If you’d like to help with the funding of Villager, you can do so here (and read a short excerpt): https://unbound.com/books/villager/