It will soon be a year since I moved to Devon. I am still a novice Devonian, but I am falling more and more in love with the place, and have learned a few things about it during that time. Here are some of the main ones:

1. No sight gladdens a Devon dweller’s heart than that of Devon, viewed from a train window, after being somewhere that isn’t Devon – even when there’s a bit of seagull shit on the window: 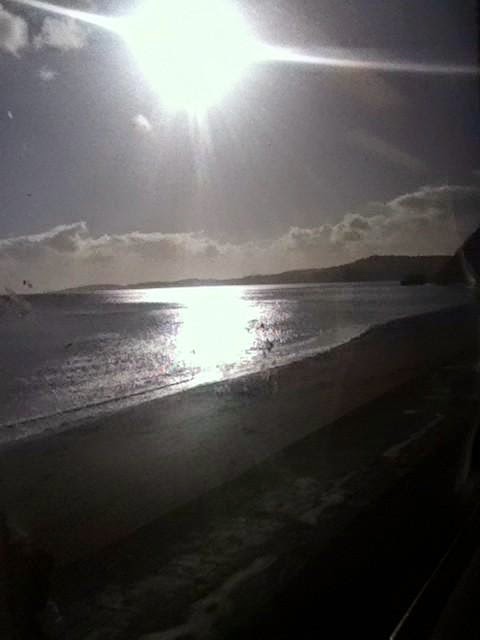 2. The sky in Devon is different to other skies. Even when it looks like it isn’t planning anything, it always is.

3. In Devon, you should always live on a hill, unless you want your house to double as a boat. Also, you should make sure it is an actual hill. I used to think I lived on a hill when I lived in Norfolk but have since realised it was in fact just a tussock with ideas above its station.

4. Devon has the best local news stories. Perhaps even better ones than Norfolk: 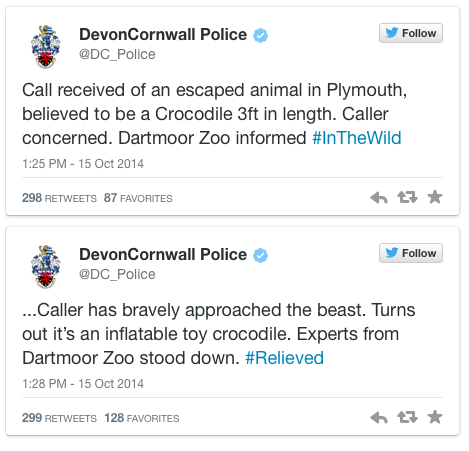 5. I can tell I live in rural Devon now, not rural north Nottinghamshire where I grew up, because when I hear rustling in a bush I think “Oh, a deer!” and not “People are shagging.”

6. People in Devon will use “not liking the water” as a genuine excuse for not visiting another part of the country.

7. If you’re in Devon and you can’t see Dartmoor, it means it’s raining.

8. If you’re in Devon and you can see Dartmoor, it means it’s about to rain.

9. 24% of all pub conversations in Devon are themed around lichen but a surprising amount of people are unsure about how to pronounce it.

10. Living in rural Devon is a commitment to fucking up your car, although on the bright side it can also sometimes – as in my case – mean you get a personalised registration plate for free: 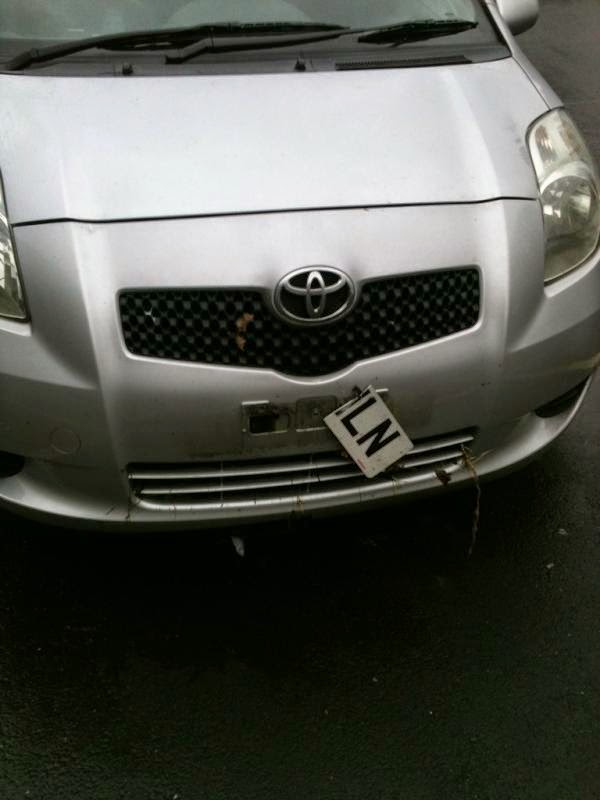 11. Devon has the most perfect spring nights, although they can sometimes be punctured by the unexpected:

12. Pockets become entirely different things in Devon to what they are elsewhere. In Devon, having a large collection of twigs or a mollusc in your pocket is regarded in pretty much the same way as having some keys in your pocket is in Kent, Berkshire or Leicestershire.

13. Nowhere has more colourful or evocative names for hills than Devon: 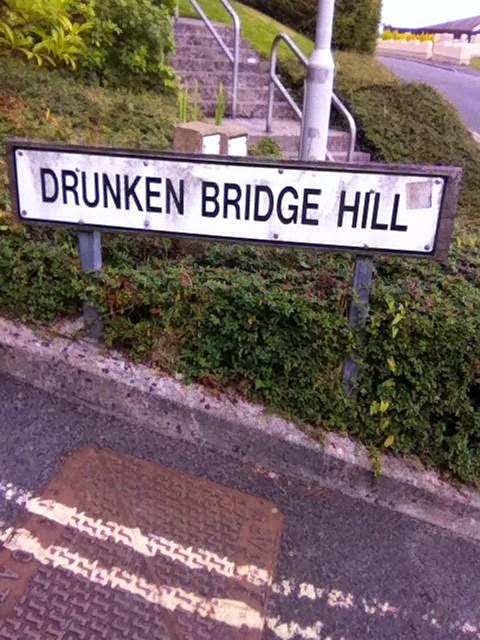 14. Between October and May, everything in Devon smells pleasantly of woodsmoke, including the people.

15. The “three degrees of pixielation” rule is very common in Devon. This is the theory that everyone in Devon knows someone who knows someone who has been pixielated – or pixie-led, as it’s also called – on Dartmoor.

16. After living in Devon for a while, you find yourself using new, more organic products on your hair. For the last year or so, I, for example, have been using “wind” and “sea” on my hair – both of which are available from all good coastal outlets: 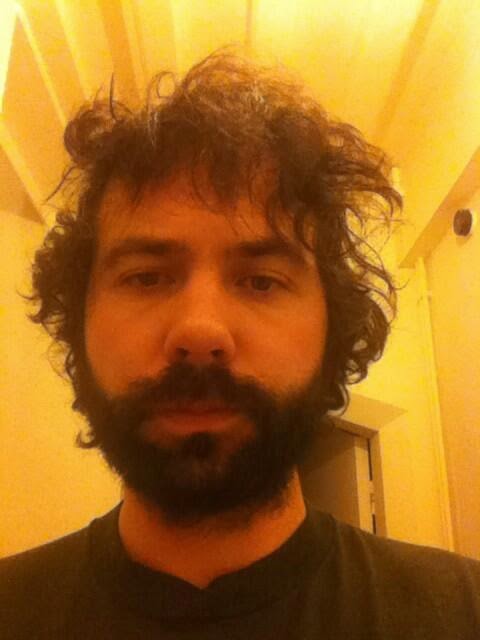 17. Experimental rhymes and cutting edge modern poetry are a bigger problem in rural Devon than many people let on:

18. The way British weather works is that rain is made in Devon and, occasionally, after it’s finished its work here, some other regions get it: 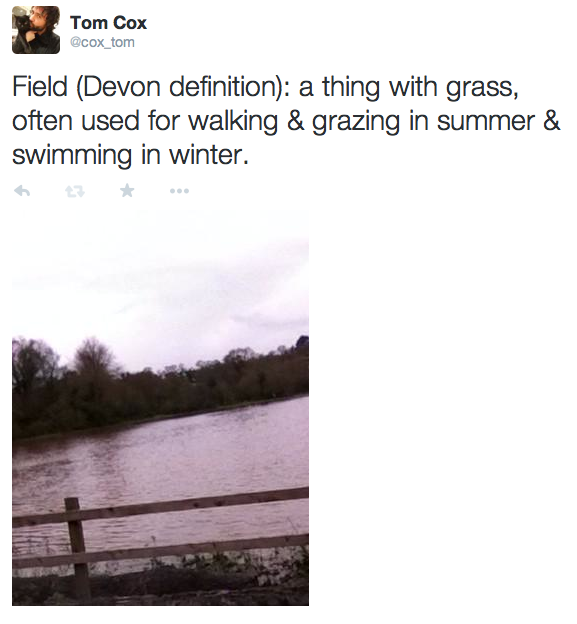 20. When people are bored in Devon, they always find ways to amuse themselves, such as by putting gnomes on a remote rural hillside next to a train track: 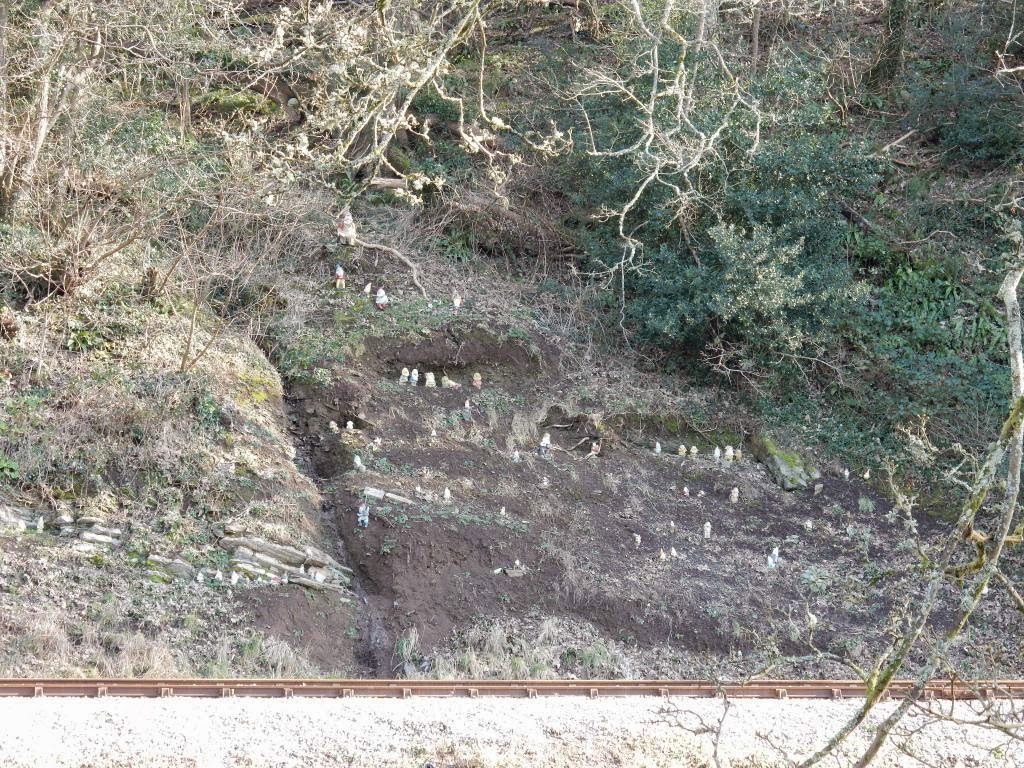 21. You can dress like a 1970s dandy in Devon for a while, but you will eventually realise it’s impractical. The Devon countryside chews up 70s dandies and spits them out.

22. It takes approximately a month of living in Devon to forget that Devon isn’t actually a country.

21 thoughts on “22 Things I Have Learned About Devon”