Those of you who follow me on Twitter might be aware I’ve been hosting a fortnightly radio show recently. It’s called Message From The Country and features music of a rural nature (acid folk, country funk, magical boondocks classic rock, agri-psych, mystic Americana), me rambling on about stuff like hares, folklore and walking up tors, a little bit of dead air due to my habit of fading up the wrong channel, and the odd robin or jackdaw joining in when I leave the studio doors open, which is often. Like the rest of Soundart’s junk shop army of DJs, I don’t get paid for this – actually, I’m unfair to say that, as I did once receive a large floret of broccoli and two courgettes after a particularly good show – because Soundart is a station run entirely by volunteers, which survives on donations and the amazing, infectious energy and enthusiasm of its founders, Chris and Lucinda. The breadth of programming is astounding, from the electro sexton Morecambe and Wise that are Ru and Claire (otherwise known as directors of The Green Funeral Company), to Dick Everett’s beekeeping show, to the rural soundscapes of Tony Whitehead and Andy Dickinson, to Eccentric Voices (featuring Robert Davidson, who took the famous photograph of Frank Zappa sitting naked on the toilet), to Jared and Matthew’s Random Radio, with its outdoor broadcasts and bold scotch egg eating challenges. There are frequent times, sitting in the studio, which is situated on the beautiful Dartington Estate and overlooks the Dart valley, when you find yourself blinking in disbelief that something so wild and wonderful exists in such a place, in the metropolitan-orientated, financially-squeezed artistic world of 2015. It can feel like living inside a small, hopeful, beautifully flawed dream, and it could be argued that right now there exists no greater and truer community-minded continuation of the egalitarian, philanthropic vision of Dartington’s former owners, The Elmhirsts. That so many bright, imaginative, talented people work for Soundart for nothing is not just a testament to the experimental, loose approach Chris and Lucinda encourage but to a positivity that radiates from everything they do.
It’s unlikely that everything on Soundart will be for you, but I can guarantee that within its eclectic mix you will find something to fall in love with. If there is a braver and more interesting radio station in Britain right now, I haven’t heard it.

Check out my previous Soundart shows. 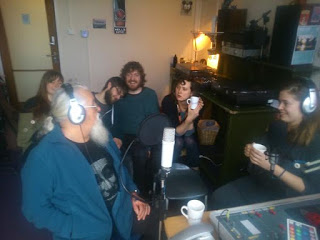 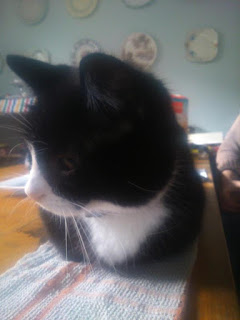