Me: “The road is beginning to get very steep now, as we get closer to the moor. You’ll notice that it’s a very acidic environment up there on the highest points, which has made farming impossible on the majority of the terrain for the last eight centuries or so. Can you feel the slight change in the air and altitude already?”
Poodle: “Dogs eat sticks!” 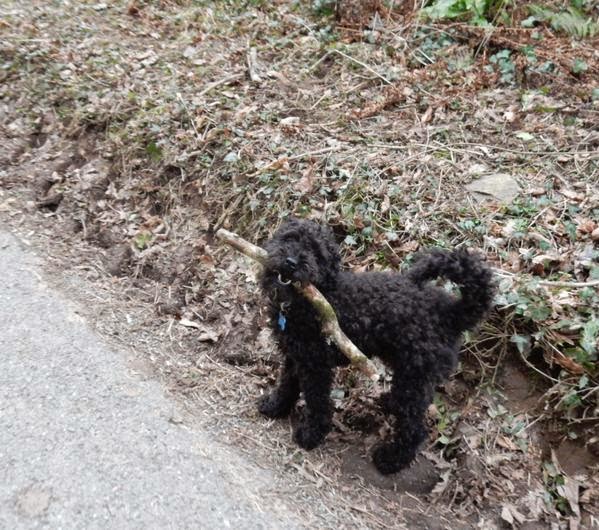 Me: “This is the Dart, one of Devon’s best-known rivers. The Dart originally flows down from the moor as in two separate strands, before joining at Dartmeet. “Dart” is an ancient word for ‘river where the oak trees grow’.”
Poodle: “I think I’ve made a huge mistake.” 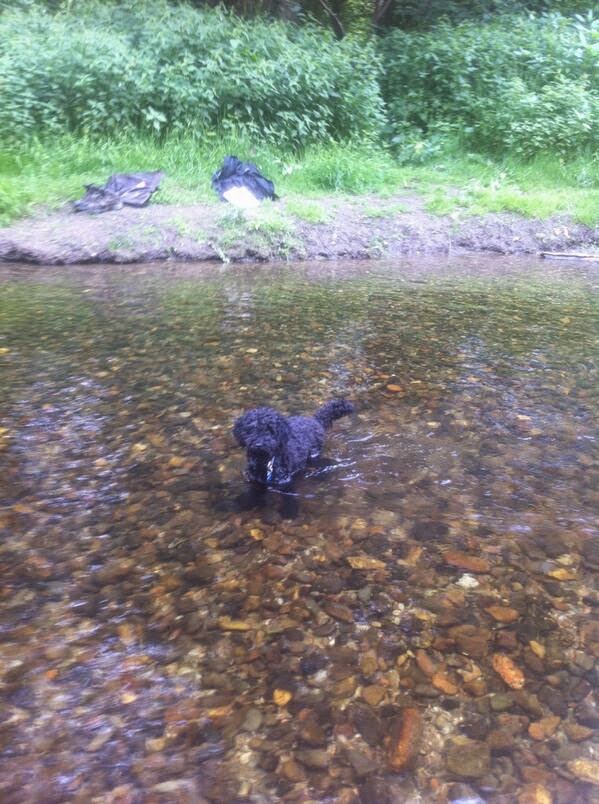 Me: “This is a very beautiful part of the South Hams, but do keep in mind that just down the coast from here is Slapton Ley, where 946 American servicemen died in World War II.”
Poodle: “Sea gravel is warm!” 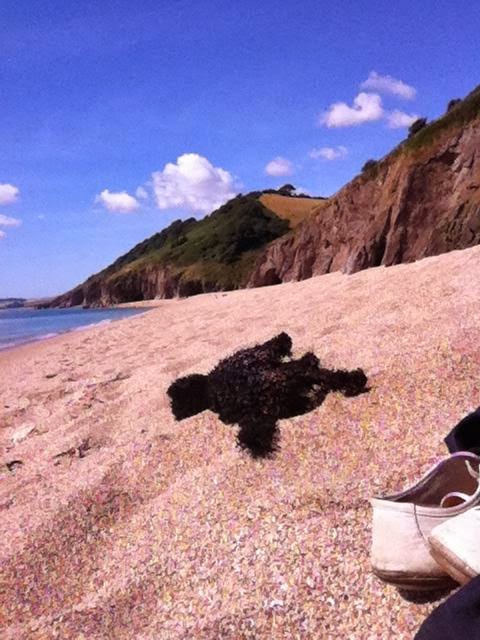 Me: “This stretch of Devon’s coast has its own microclimate & some very rare bees.” Poodle: “My tongue looks like ham.” 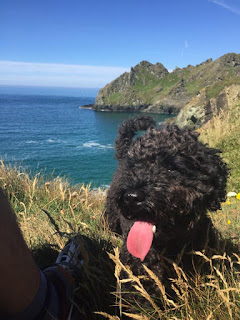 Me: “We are now approaching Merrivale’s megalithic stone avenue, sometimes known as The Plague Market, due to the habit of local farmers of leaving food here for plague victims from the nearby town of Tavistock.” 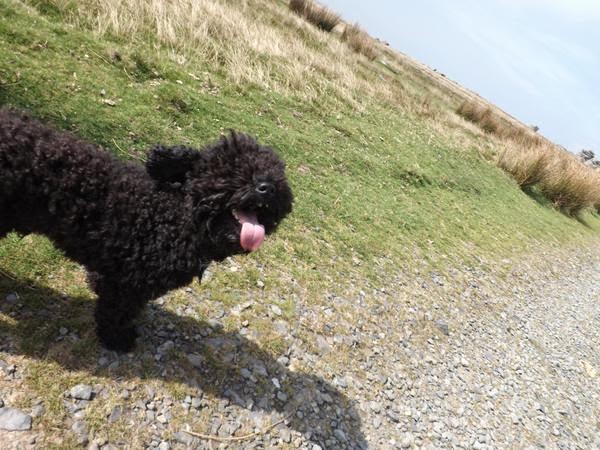 Me: “Devon is an amazing place for folklore legends, such as that of Kitty Jay, which emerges from an area very close to here, near Heatree Common. Kitty Jay was a woman from the parish of Manaton who hanged herself in the late 1700s. It’s said that on every day of the year flowers still appear on her grave, but nobody knows who puts them there.”
Poodle: “Can’t talk: riding my invisible dog scooter.” 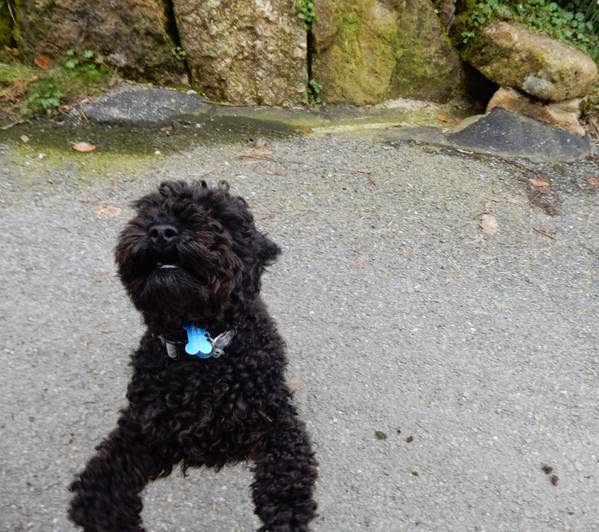 Me: “Today we’ll be walking eleven miles to and from the historic Sharpham Estate, famous for its wine and cheese.”
Poodle: “I am so high right now. ON BEING A DOG.” 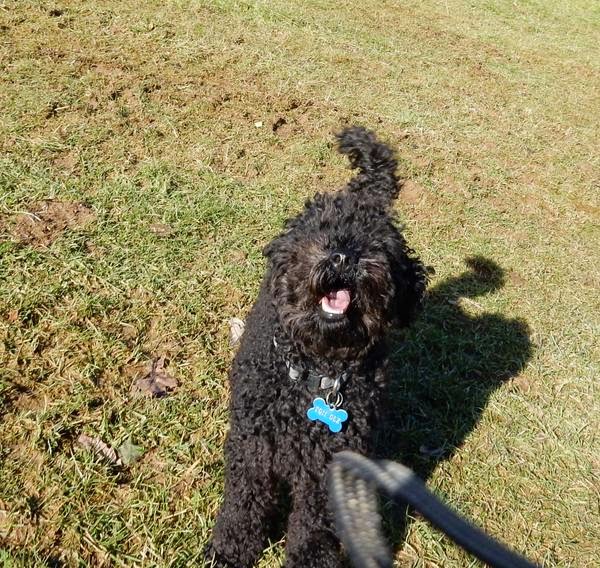 To read more about Billy the poodle, pre-order my new book Close Encounters Of The Furred Kind, the follow-up to The Good, The Bad And The Furry.