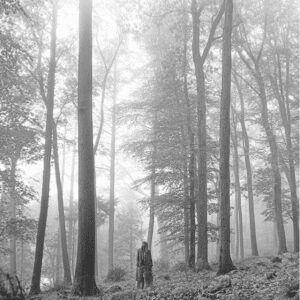 I’m not supposed to like the music of Taylor Swift, but who says so? I’m not going to name names but I definitely don’t think my enthusiasm for her records would meet with the approval of the amorphous voice out there in society that demands that you can only like certain things, based on a little bit of information it has about about a few other things you like, because by stepping outside of that you make the world less easy to arrange. I am also aware that there could be some other version of me – not me, but somebody who has some similar interests – out there who might baulk at the very notion of Taylor Swift calling her new album ‘Folklore’ and ignore it on principle. “Folklore? What does a mindbogglingly well-off stockbroker’s daughter, living in a slick A-list World, know about folklore? She probably can’t tell a selkie from a selfie. Has she ever even met a bogle or Black Shuck?” Then there’s the person who might put down my love of Taylor’s new album to the fact that it’s her first “mature” album, the one where she collaborates with Bon Iver and the guy from The National instead of Ed Sheehan and Zayn, and that that would obviously work better for me because I’m older than her average fan and probably like downbeat guitar music, because that’s what blokes of a certain age with beards like, isn’t it. But it isn’t as simple as that, either. I’ve had a soft spot for Taylor since around a decade ago when I first heard ‘Love Story’ which, for all its cheesiness and naïveté, hints at a narrative talent and greater things to come. The defiant chuckle after she sings about being accused of going on “too many dates” in ‘Shake it Off’. The tempo change when she rhymes “boys only want love if it’s torture” with “don’t say I didn’t, say I didn’t, warn ya”in ‘Blank Space’, and the “oOOOh Nooooo” a bit before that in the same song, which, at the right time, is no less exciting than hearing Arthur Lee go “awlrigggiiht now!” in Love’s ‘A House Is Not A Motel’. Actually, fuck it, let’s just say EVERY SECOND of ‘Blank Space’, which might just be the most perfect pop song recorded this century. All of this I adore. But ‘Folklore’ is, I think, Swift’s first lengthy, involving work of art: the one where the clever wordplay of her best early songs, her flair for storytelling, grows an extra layer. She also sounds far more in her element here than she has on anything since 2014’s ‘1989’ album. It feels like an intimate and immersive experience not dissimilar to the way Carole King’s ‘Tapestry’, Judee Sill’s ‘Heart Food’ or the first couple of Jackson Browne LPs do.

What hooked me in? It took the whole 21 seconds that were required to reach the third line in the opening song, ‘The One’: “I thought I saw you at the bus stop, I didn’t though.” Even when the words in ‘Folklore’ are at their most basic, they create strong imagery – pictures of people, often in the aftermath of relationships, shaking the dust off and processing where they’ve landed. “And when I felt like I was an old cardigan, under someone’s bed, you put me on and said I was your favourite” from the second track ‘Cardigan’ is already becoming the most-quoted lyric here but there’s an endless amount of this stuff: a whole, very long, album full of words, layers and layers of them which deepen the more you listen. Now, I hear a double-meaning in that “you put me on” in ‘Cardigan’ that I didn’t on my first seven or eight listens. You also begin to notice that characters and themes return. In ‘Betty’ – which sounds at times like a lost, golden Lemonheads outtake from the peak of Evan Dando’s songwriting days – someone is apologising on a doorstep talking about someone standing in their cardigan, while in ‘August’ someone pulls up in a car, which seems familiar. “Oh!” you realise after a while. “It’s the car from ‘Betty’ again!” Swift is not just two but three sides of the same story. “Stood on the cliffside screaming ‘give me a reason’” she sings in ‘Hoax’ and you remember the crescendo in ‘Last Great American Dynasty’ where the socially shunned “middle-class divorcee” is seen “pacing the rocks staring out at the midnight sea” and it seems you’re getting an insight into the quieter, sadder side to the character you met earlier. The latter song could be the best bit of music here, and is almost certainly the best piece of storytelling: Swift doing her own retelling of the life of the former owner of her own Rhode Island beach house, the mischievous Rebecca Harkness, once married to Standard Oil heir Bill Harkness, who, following her husband’s early death, was known to fill her pool with champagne at parties while blowing her inheritance. Rebecca also went by the nickname “Betty”. The plot thickens. I will say, though, that when I sought out a photo of the house’s surroundings online I was a tad disappointed. I had a much more dramatic mental picture of it. But that’s to Taylor’s credit: she gives you great pictures, but gives your imagination plenty of room to work too.

A record I have been reminded of of a few times while listening to this one is ‘North Hills’, the unforgettable 2008 debut album by the then precociously young and talented band Dawes, not so much because they too wrote accessible, deeply tender songs with a hint of country and before-their-time wisdom, but because of its strong sense of movement: of a life, or lives, relocating to new places, geographically and psychologically. But whenever I listen to ‘North Hills’, and compare it to the inferior records Dawes have made since, I wish, slightly cruelly, that the Taylor at the helm of that record – Goldsmith, the Dawes frontman – might again experience the kind of wrenching heartbreak that you assume caused him to write so brilliantly and sing with such ragged beauty. The significant difference with ‘Folklore’ is that it appears to have been written by a happy person, or at least a person in the midst of some romantic contentment which – though not perfect – has made her reflect more philosophically on the events which have led her to it. “Hell was the journey but it brought me heaven,” she sings in ‘Invisible String’, an examination of romantic fate so gossamer and glowing with love that you forgive it for some of its thinner claims of coincidence. It’s a mark of the quality of the writing here that, even though I fundamentally have no interest in Swift’s own romantic life away from the record, I find myself analysing the story behind the line “bold was the waitress on our three-year trip to the Lakes, she said I looked like an American singer” and what kind of incident it really describes in her adventures with her current partner Joe Alwyn. Unbidden, my brain came up with the following shortlist:

I think – and this might change, because I’ve found that it does, often – ‘Invisible String’ is my favourite song on ‘Folklore’, jointly with ‘Seven’, a track so liberally sprinkled with childhood magic dust it feels like finding an old photo album in a box you thought you’d lost. These are the songs where I most powerfully feel the love the record is drenched in. After listening to them, and all the other wonderful ones here, I have found myself reversing slowly through her back catalogue, interested to some level in almost every moment, more and more fascinated by how she got here, emotionally and stylistically. You hear tiny roots of the wordsmithery, the spinning of perspectives, even in her most daft and naggingly catchy hit, 2012’s ‘We Are Never Ever Getting Back Together’.

In that daft – but totally brilliant – song, Swift refers to the lover who would “hide away and find” his “peace of mind with some indie record that’s much cooler than mine”. I don’t know what that indie record was, but I can make a few guesses, and I’m pretty sure it’s the kind that would bore me into a small coma. One mistake not to make about ‘Folklore’ is believing some reports that it’s Taylor’s “indie album”. Such reports are bullshit. It’s just the sound of someone sitting down and quietly putting more imagination and passion into their songwriting than ever. We don’t have much to thank the pandemic for, but we might thank it for ‘Folklore’, which probably wouldn’t have been quite the record it is, were it not made without fanfare, in semi-isolation. Maybe the extra time that a high profile performer got, away from the normal pressures of her life, as a result of lockdown, can account for the extra depth, the extra thought, the extra intimacy, here?

‘Folklore’ has also been called “lo-fi”, but actually the stylistic mood isn’t the most coherent thing about the record: ‘Exile’, her duet with Justin Vernon of Bon Iver (another example of her examining seeing two perspectives to one story, here in the space of just one song), is several worlds away from the Cocteau Twins dreaminess of ‘August’ or ‘Epiphany’ which sound at least another six worlds away from the laid back country twang of ‘Betty’. What is coherent is a recurring feeling of being talked to, softly, by a gentle and reconciled mind: a mind you fall a bit in love with, but more in the way that you fall in love with the mind that wrote an excellent intertwined autobiographical short story collection than one who writes music. There’s startlingly little distance between performer and listener on this record, a unique feeling of confidentiality, and people will probably feel they know its creator far better than they did before they heard it – perhaps incorrectly in several ways, but that’s the way it has to be, with great art, because people are always going to bring their own paraphernalia to it. At a time when very little is positive, it feels like a friend telling you something reassuring. Hell is the journey but it might bring you heaven. If you never bleed, you’re never going to grow. The bad times are going to feel worthwhile. They’re actually an intrinsic, vital part of the tale of everything. And when, in the recent history of our planet, have we needed to hear sentiments like that, sung to us in an authentic, open voice, more?

My first ever novel, VILLAGER, is now up for funding. If you’d like to reserve a copy, you can do so here.

This is my most recent book.

If you feel compelled to, you can subscribe to this website, either just for email updates on new pieces, or for a monthly fee to help support me writing, via the home page.

19 thoughts on “An American Singer”