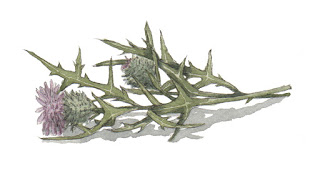 A few years ago, when I first decided to go vegetarian, the consensus seemed to be that what I’d miss, above anything else, was bacon. “Ooh, you’re going to struggle, especially on hungover mornings, if you smell someone else cooking it – it’s unbearable,” people warned me, but this has turned out to be untrue. I’ve never craved bacon as a vegetarian. What I craved at first as a vegetarian was salt. For my initial, failed attempt at being a herbivore in 2012, I did pretty much nothing else for eight months save for walk around the house shouting “I need salt!” I became very one-dimensional, my wider ambitions in the world set aside in favour of one overriding repeat mission: to find the nearest, most inexpensive packet of crisps. This has thankfully abated somewhat, but the desire is still on a low heat, combined with another underreported side effect of a meat-free diet: a barely suppressible love of spice.

I sometimes manage to combine these two needs very successfully, such as the other day when I bought some billiard ball-sized olives stuffed with red chillies from a shop in Totnes. You’re supposed to eat olives in a sophisticated way prior to a fancy meal, preferably using cocktail sticks, but, being neither sophisticated or in possession of self control, this remains nothing but a far-off dream for me. If I’m walking the couple of miles home from town and I’ve got a tub of them in my bag, I’ve invariably chomped the lot by the time I get back. I was a bit unprepared for the strength of the chillies in these particular olives, though, which caused me to wink suggestively at a fellow pedestrian.
This perhaps might not have been a bad thing in the right situation, but this guy was well into his seventies and not really my type. The hiccuping fit which subsequently began to reverberate violently through my entire body was also unwelcome. Fortunately, I was passing my local doctor’s surgery at the time. I lingered near the doorway for a few minutes, in case I required assistance. My doctor is a really nice man, and even talked me through his youtube favourites list last time I went to see him, and I like to think he’d help me out at short notice if I was in a jam. Fortunately, though, within five minutes the convulsions had stopped and I was breathing well again and able to re-open almost an entire quarter of both of my eyes.
I moved on, past one of the edible community gardens on the edge of town. I’ve never eaten anything from these gardens, as I’m slightly worried about the multitude of passing dogs who could potentially do a slash on their contents, but I know I should. My lovely hippie friend Jay walks around the peripheries of Totnes, sampling all manner of leaves and flowers like a mystic ground level giraffe, but I tend to prefer my plants pre-curried or seasoned. It’s at times like this that make me realise I’m not what many might describe as a “proper” vegetarian. I don’t experiment enough, rely too heavily on snacks, was actually eating seafood until very recently, and don’t have a clear, vehement argument rehearsed to justify my dietary choices when speaking to hardline carnivores. On the plus side, I tend to steer away from meat substitutes and have given foraging a go a couple of times. Most recent of these was a few weeks ago on a day’s course at the beautiful Sharpham estate, high above one of the river Dart’s most attractive elbows. Here, amongst other culinary firsts, I boldly bit into a large thistle.
There can be a tendency to force your mind open when you eat a thistle, prepare yourself for it tasting surprisingly different to your preconceptions, but what it actually tastes like is a thistle. At best, you might say it tasted like a fibrous, angry cucumber, which doesn’t really work for me as someone who’s always believed cucumber to be redolent of many of the most disappointing parts of British life. I did eat some nice things whilst foraging, though, including wood sorrel, mustard leaf and hart’s tongue. My guide for foraging, Anna McNeill, told me that ancient wisdom claims that hart’s tongue – also known as Asplenium scolopendrium – prevents people from having impure thoughts. I was sceptical, but, amazingly, found that after eating it I didn’t have any impure thoughts for a whole three hours, although it’s possible that this could have been just down to the fact I had a headache. I also really enjoyed Anna’s nettle tea. “I have three cups of it a day and it’s completely cured my hay fever,” she said. “I also don’t mind the stings, either. They’re actually quite good for you, once you accept them. I kind of embrace them now.” 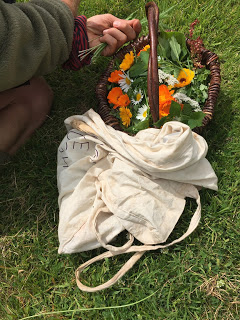 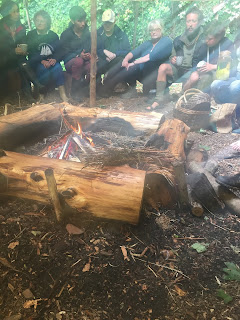 Soon afterwards, we found some lady’s mantle – also known as Alchemilla – which Anna informed us helps regulate the female menstrual cycle. I noticed that at this point the men in the group hung back slightly, as if concerned by the prospect of having their own cycles regulated. Notable characters from the day included Louis, a blonde, floppy haired giant who knew everything you could possibly need to know about mushrooms and reminded me of Erno, the hunky rebel leader Diane Keaton falls for in the futuristic 1973 Woody Allen comedy, Sleeper. More memorable still was Rainbow, a compact, barefooted man in a body warmer and shorts, and his equally industrious young son, River. Looking at Rainbow and River, I found it hard not to imagine them climbing trees, even on the occasions in the afternoon when they weren’t. Later, a baby arrived on Anna’s partner’s back. The baby was nowhere near old enough to walk or talk, but it looked amazingly healthy and enthusiastic and I got the sense that, at any moment, it might crawl off into the woods, grab a fern and start munching on it. 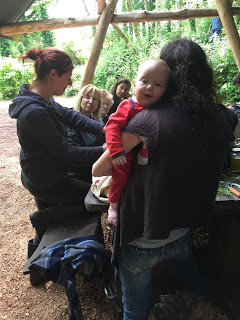 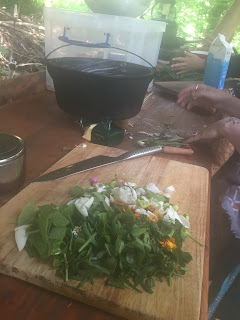 After only a few hours in a tucked away corner of the Devon countryside like this with a group of strangers, a strong sense of community sets in: a possibility in the air of being part of a new underground society. Or maybe that was just me thinking about the rebels in Sleeper again. Whatever the case, new ways of communication emerge and become normalised very quickly. Here, the statement “Look – Rainbow is making a spit poultice!” seems no less surprising than the statement “Look – Darren is sniffing some Copydex!” would have seemed in the woods behind my old house on the Nottinghamshire-Derbyshire border in 1988. I felt my inexperience keenly alongside most of the foragers and didn’t personally make any spit poultices but was pleased when Anna said “You look like a man who’s good at lighting fires!” and allowed me to start the blaze on which we later cooked some of our findings. There was just enough bannock, forager’s stir fry and wild salad to go around but I have to admit that afterwards I drove straight to the petrol station a few miles away and bought a massive fuck off grab bag of samosas and pakoras from their hot shelf. 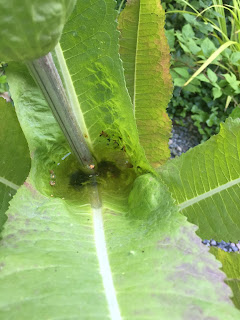 I’m not sure I’m going to be putting a huge amount of the knowledge I picked up from Anna’s course to culinary use but, even with that in mind, there’s another useful skill to be gained from what’s taught on a course like hers: the ability to see through what she calls “the wall of green” that is a west country hedgerow in spring or summer. Since my visit to Sharpham I’ve started picking more out in that wall, seeing through its muddle of shapes, even in and near my own garden – whether I have the intention of eating some of them or not. A huge teasel growing behind my back fence is no longer just a nondescript weed in the wallpaper of the countryside but a masterpiece of natural bee-friendly architecture with leaves that curve to collect rainwater and provide an organic drinking bowl for blue tits (see above). Strimming in a previously unexplored patch at the far end of my garden the other day and catching a familiar odour, I stopped just in time to rescue a previously undiscovered patch of verbascum and mint, then picked a few leaves of the latter. In the process I was stung by a nettle. Remembering what I’d learned, I did my best to accept the sting. I wouldn’t go as far as saying I embraced it, but at the very least I tried to see its point of view. I’d stepped on its patch. It didn’t know I was an unthreatening person who liked folk music, badgers and teasels. I could have been Donald Trump, for all it was aware. It was just using what it had available to it, and doing its thing. Just as, a few minutes later, by grabbing some secateurs, ruthlessly ending its life, adding it to some of the mint I’d picked, putting the mixture in a mug and pouring some boiling water over it, I was using what I had available to me, and doing my thing too.

Thistle illustration by Sophie Gilmore. See more of her artwork here. Email me via my website if you’re interested in getting your artwork featured on this blog.

Find out more about Sharpham’s foraging and mindfulness courses here.

You can pre-order my new book here.

10 thoughts on “Thistles And Other Stuff I’ve Eaten Recently”